Corona Extra & Tears of the Sun

From tonight’s title, you might think I’m just phoning it in. You’re thinking that I just had a few Coronas lying around in my fridge that would otherwise sit unconsumed and taking up space. And you, my friends, would be absolutely correct. Well, that’s not entirely honest. I did put a lot of thought as to what movie I would watch tonight and it did take some time to work myself up to crack open tonight’s Corona. But let me explain the two part thinking that went into tonight’s movie selection. One: The corona is a layer of the sun. Simple enough. Second: Cheap beer is a guaranteed way to bring a beer-lover to tears. And thus Tears of the Sun.

But let’s give Bruce Willis the benefit of the doubt and discuss this 2003 action-drama set against a bloody civil war in Nigeria. We start the movie “somewhere off the coast of Africa.” Seriously. That’s what the lower-third reads. So we’re sitting happily on an aircraft carrier somewhere in the Atlantic and/or Indian Ocean and Bruce Willis is looking tough. The mission? Extract an American doctor before an extremely well-armed, well-uniformed and well-organized group of rebels arrives at her location and kills everybody. Of course, this being a dramatic movie and all, things go awry. Bruch Willis has a change of heart and his team ends up escorting a bunch of refugees out of Nigeria and/or Africa (I think the filmmakers just assumed that all of Africa was the same but used Nigeria to sound more legit). Other than the blanket-categorization of entire continent, my main complaint about this film is that it confuses pacing with thoughtfulness. A good 50% of the film is spent in a quiet study of Bruce Willis’s face. And while the photography is quite beautiful, the movie is painfully slow and could be shortened by a good thirty minutes.

Oh also, why is this movie called Tears of the Sun? Seriously, someone please tell me why.

Bruce Willis ruminates on why this movie is two hours long.

And I guess we should talk about Corona Extra. I’m going to wager a guess and say that all of you have tried a Corona before so I’m not going to bore you too much. Fortunately, there isn’t much to say. Corona is exactly what you would assume a cheap, light beer would taste like. It’s kind of like fizzy, mildly alcoholic water with an odd aftertaste. I will say that it is better than other cheap light (lite) beers but that really isn’t much to brag about.

That’s all I really have to say actually. Again, it probably looks like I’m phoning it in but I promise you that I take these combos (not at all) seriously. Tears of the Sun wasn’t a bad movie and Corona wasn’t a good beer but I can’t really complain. I spent my evening curled up with a beer in hand and a movie on my TV and that’s all any of us can really ask for. 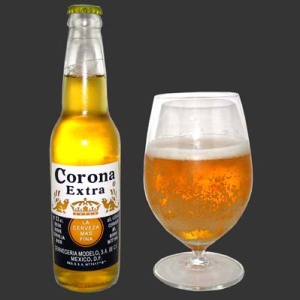 Tears of the Sun:

Bruce Willis looks stern, as per usual.
Thoughtfully slow, but without the thought.
Lovely photography.