I just got back from a lovely ski trip in Colorado, so I thought I would update you on my Rocky Mountain drinking adventures. Unfortunately, I didn’t do much movie watching, so this entry will be a little thin on a the cinematic end. But I did have some (many) great beers, so I hope that makes up my failings. For those of you who follow BAAM on Facebook (www.facebook.com/beerandamovie1), a few of these will be repeats, but you’ll just have to deal with it. Let’s get started!

Crazy Mountain Amber Ale:
I really enjoy amber ales. I find that they serve as great middle-of-the-road beers that easy to drink but still have some great flavor. Crazy Mountain however was a bit of a disappointment for me. It was a decent beer, but as an amber it was a bit too hoppy and grassy in its flavor. I’ve done some reading and it looks like this is a canned beer. I had it in a pint glass, but I’m mildly biased against canned beers, just to put it out there. Anyway, as this is a local Colorado beer, odds are I won’t be seeing it all too often, which is fine with me.

Avery Out of Bounds Stout:
A simple, solid stout that most anybody can drink. It’s a bit hoppy for a stout but it works quite well. Also, it’s strong chocolatey flavor tends to linger around for awhile which is really nice. Sure, the beer isn’t “out of bounds” crazy delicious, but it’s a good beer to sip after a long day of skiing.

Dogfish Head’s 90 Minute IPA:
A great followup to my review of Dogfish Head’s 60 Minute IPA. With a longer hopping schedule, you can really notice the increased hoppy character and complexity of this beer. Remarkably still, it’s not too overwhelming as an IPA, again confirming that Dogfish Head really knows what it’s doing.

New Belgium’s 1554:
One of my favorite darker beers. The 1554 “Enlightened Black Ale” is a very approachable dark beer that I think surprises most drinkers. Though quite malty and chocolatey in flavor, the beer itself is not too heavy or overbearing. Rather, it ends up being a very easy-to-drink beer that I think most casual drinkers would enjoy. This one is very easy to find, so I suggest you pick up a few and share with your friends.

Mirror Pond Pale Ale:
A simple, classic pale ale that doesn’t get too crazy on you, if you’re in the mood for a casual, refreshing drink. As a pale ale, it’s quite balanced in its hops and malt, relieving some of the bitterness that some pale ales can have. I’ve found that “pale ale” is a somewhat broad and vague term, but this Mirror Pond seems to sit comfortably in the middle of the road, just waiting for you stop by and take a sip.

Paulaner Hefe-Weisbier:
A simple, not-too-sweet hef that does the trick. This German wheat beer is not as sweet or citrusy like its American counterparts Blue Moon or Shocktop, but Paulaner is solid beer. It’s fairly light, refreshing but still has some of the wheaty body. You get hints of citrus in there, but it’s not going to knock you over the head either, which is fine in my opinion.

*Note: The next three beers I had the night I returned from Colorado and went to my favorite beer bar in LA, The Surly Goat. The beers were all (very) high in alcohol and I was fairly tipsy by the end of the evening. Just saying…

Craftsman’s Acorn Saison:
I really love saisons. They are much more wild and flavorful in their profiles than most other beers, which make them great for special occasions. This saison was a bit most tame in it’s flavor but was still quite delicious as you get grain, citrus and floral notes all at once. I didn’t get the acorn, for better or worse, but I’m not too heartbroken about that. And with a not-too-shabby ABV of 8.1%, I could definitely see myself drinking this again. 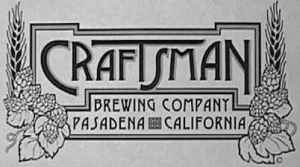 Ballast Point’s Navigator Doppelbock:
I think Ballast Point is my new favorite brewery and I’ve only had two of their beers. In an earlier post, I mentioned their Inda Kunindra Export Imperial Stout which has an unusual spiceness to it that I loved. Well, the Navigator also exceeded my expectations. This brandy barrel aged doppelbock is not for the faint of heart. Right off the bat you’re hit with strong notes of brandy and alcohol (more brandy). Once that dissipates, the more stable, doppelbock body kicks in to help mellow out the bite from the alcohol. This is a true sipping beer that needs to be enjoyed slowly with friends. So if you see this at your local bar, like I did, I would highly recommend you give this a shot. A long, slow shot…

Dogfish Head’s Robert Johnson’s Hellhound On My Ale:
Another mind-blowing beer from the same evening. To be honest, I was a bit drunk by this point in the evening, so I don’t remember the specifics of this delicious 10% ABV Double IPA. I do remember that the name “double IPA” seemed to be quite fitting for this beer, as it outshined any other IPA I’ve had recently. It was also quite lemony but not in an obnoxious or puckering way. Rather, it helped mask the very high ABV, which is always a good thing. Another great beer out of Dogfish Head, but definitely not for the casual drinker. 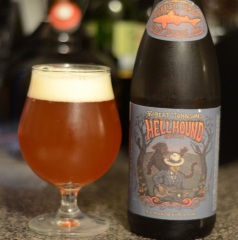 Really briefly, I actually only finished one entire movie this past week (I saw others but was never able to finish them, sadly). What I actually watched all the way through was Horrible Bosses. With great comedians and Jennifer Anniston’s unsettling sexuality carrying this film, it was hard not to laugh. It had some great one liners and some fun banter between the three protagonists, but the more I actually thought about this movie, the more it didn’t make any sense whatsoever. Which, I guess, is fine. Considering this film’s premise is already pretty extreme (“Let’s kill each other’s bosses!”), it really doesn’t do you any good to start thinking about relationship dynamics or actual narrative structure. Rather, this movie is just meant to be laughed while you having a few beers after a hard day of Colorado skiing.

So that’s it, folks. Thanks for bearing with me with me through all this text. Regular BAAM entries will be back by the end of the week, so we should be getting back to normal. For those of you who don’t know, beer and a movie is now on Twitter (@beerandamovie1) as well as Facebook (www.facebook.com/beerandamovie1). The WordPress site is still the hub of BAAM, but Twitter and Facebook let me do some smaller, on-the-fly posts as well as help me get the word out about BAAM. So if you like what you’re reading, watching and drinking, hit me up on and share the love!