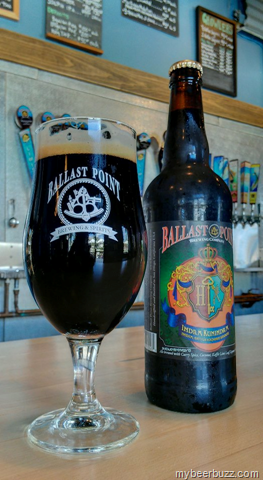 I’m sorry for the gap since the last post but hey, life happens. That doesn’t mean I haven’t been drinking or watching movies. Rest assured, I’ve been doing both. Recently, I saw Mike Mills’s Beginners (beautiful. I highly recommend it) and also rewatched the classic Bond flick Goldfinger (essential viewing for any aspiring Bond-lover). I also drank a few new beers recently. I had a Duvel, which is a classic Belgian golden-ale which I found good, but not extraordinary. I also had Ballast Point’s Indra Kunindra which was fabulous. The Indra is an export stout that is very rich and has a great spice to it (like actual, spicey spice, not holiday spice). If you see it, drink it! But that’s in the past. Tonight, I drank 22 oz’s of Rogue’s Juniper Pale Ale while watching the 2007 indie heartwarming blockbuster Juno.

Soooo for like the .001 percent of you who haven’t seen this totally brainsploding adult-teen dramaromcom, here’s the skinny…Yeah I can’t keep writing like that. But that’s one of the most noticeable facets of the 2007 indie flick Juno. Diablo Cody’s writing style is now unmistakeable and often repeated but back in the stone age of 2007, Ellen Page’s ultra-snarky pseudo-slang was fresh, original and a provided a welcome break from the classic high school comedy milieu with which we are all too familiar. Combined with the somewhat unusual topic of teen pregnancy and it’s blunt vision of the subject, this was the breakout film of the year.  I did find the dialogue a bit tiring after awhile and Juno’s attitude is a bit too flippant and consciously  quirky to suit my tastes, but overall it’s a good film. Visually, it’s simple (in a good way!) and the performances are earnest and caring. Ellen Page does a great job of bringing a character to life who could have easily been a caricature. And sure you it’s a bit baffling as to why Jason Bateman’s character is married to Jennifer Garner’s character (who really remembers the character’s names?)  considering they seem to be inhabiting different lives, but it’s pretty easy to forgive that as the movie progresses. I do actually appreciate how Bateman’s character kind of disappears in the third act because it shows a bit of courage (or laziness) on the behalf of the filmmakers, considering Bateman quite literally isn’t important anymore to any character’s future.  But I digress, aside from the occasionally overwritten scenes and the very carefully (and too obviously) constructed indie/punk/folk soundtrack, I enjoy this film. As I imagine is the case for most viewers, it’s hard to not let this film make you sad, happy, thoughtful and hopeful all while realizing that Ellen Page is the shortest actress ever.

Also, small qualm coming from a former track & field athlete: what event does Michael Cera run?! He trains for distance but he always seems to be competing in sprinting events and wears sprinting spikes…and he eats breakfast burritos as he’s about to run. Just saying. 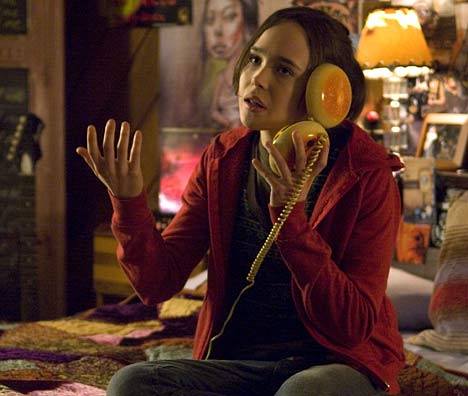 Oh I just happen to be talking on my hamburger phone. What a fun, little, random, completely unmanufactured quirk of my completely non-purposefully quirky teenage lifestyle.

So let’s talk about Rogue’s Juniper Pale Ale. Here’s the story of how I chose this beer: I like to buy my beers at a small, locally-owned shop in Highland Park called Galcos Soda Pop Stop (seriously, go there. You’ll fall in l0ve). It’s this awesome joint that has a massive selection of craft beer and artisan soda. The real kicker though is that you can buy everything by the bottle, meaning you never have to get locked into a six pack. So anyway, I’m walking down the aisle with a buddy of mine and we stop at the Rogue section. I see a beer that says “Juniper Pale Ale” at the bottom and I say “Juniper Pale Ale? That sounds crazy!” And then I bought it. Fast forward two weeks and I’m cracking this 22 oz bottle open and I have no idea what to expect. Well, to be honest, this Juniper Pale Ale kind of just tasted like a pale ale. I mean, it’s a good pale ale, but I’m not sure where the juniper went. There were some faint earthy undertones but any beer with some margin of hops and malt (like any self-respecting beer should have)  should have some earthy/grainy notes. It was also just barely sweet, which may been the juniper, but it’s hard to say. As someone mentioned on BeerAdvocate, if you’re going to call your beer a Juniper Pale Ale, then you should be able to taste the Juniper. But kudos to Rogue trying out something new because that’s what makes craft beer so exciting. I’ve been meaning to try some of Rogue’s other beers so hopefully we’ll see them again here on BAAM in the near future. Recommendations anyone?

So BAAM is finally back with Juno and a Juniper Pale Ale. Both are good, but not great. Juno is sweet, refreshing and heartfelt but it’s hard to not feel like everyone is trying just a little too hard as a result of the unnaturally witty dialogue. The same goes for Rogue’s Juniper Pale Ale. It’s a solid pale ale, but the juniper doesn’t really shine through or even really make a strong impression. So if you want your juniper, you might be better off with some gin (gasp).

Looking to the future, I’m going home briefly for the holidays, so I’m not sure how regularly I’ll be posting. I’m going to try and get another one up before I head back East but don’t hate me if I miss the mark. Otherwise, I’ll do my best to get you a guys a good New England beer and a movie edition. But until then. Happy Holidays and Happy Drinking!

Juno:
Earnest & sweet approach to a tricky subject
Witty dialogue is sometimes too witty for its own good
Canadian actors Michael Cera & Ellen Page prove that they can play American characters. Minds explode.