Tonight we head to the coast with Green Flash’s West Coast IPA and the classic Los Angeles film Chinatown. Originally, I was planning on watching Once Upon a Time in the West but that “West” is not exactly coastal. Also, three hours is a lot of time to dedicate on a weekday night. But fear not! I did not settle. Today’s combo was as beautiful as the Golden State and if you read below, I’ll tell you why!

The 1974 Roman Polanski neo-noir Chinatown was first introduced to me before I had any real film education or passion for the media. Rather, my dad introduced it to me as his favorite film and, after my first viewing with him, I think I heartily agreed. Flash forward about eight years and eight more viewings and my opinion is largely the same. Though I might contend that The Good, The Bad and the Ugly is ultimately my favorite film, Chinatown is a very (VERY) close second. For the uninitiated, Chinatown is fictionalized history of the birth of modern Los Angeles, as told through a murder mystery. I don’t want to say any more about the plot, as it’s hard not to tread on the hints and clues that are expertly left throughout the film. Instead, let’s just talk about the film as a film, shall we? 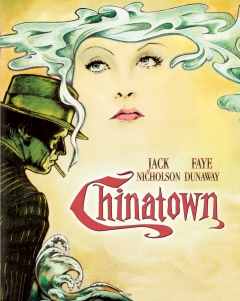 At its most basic level, Chinatown is an engaging story which is gently unfolded through powerhouse performance. Jack Nicholson, Faye Dunaway and John Huston are all impeccable and do great service to well-written script. What also is interesting is how Los Angeles, and the area around it, also exists as a character. Or characters. At its core, the film is about the creation of Los Angeles from a conglomeration of disparate geographical locations. What us modern Angelenos accept as a part of our daily lives (and commutes) lies at the heart of Chinatown. As might be obvious from the film’s title, the film is truly about geography. What happens where. What it does to people or what people do to it. How it changes people or people change the land. It’s a fascinating, albeit cynical, look at how cities are made and I say it’s required viewing for any resident of Los Angeles.

Faye Dunaway is the best. As per usual.

Finally, what is arguably most interesting about Chinatown is its take on genre. While these may seem like an esoteric discussions for non-film majors, what Chinatown did for the noir genre was quite revolutionary and stands out as a major cinematic milestone for that reason. While Chinatown embraces many of the tropes we have come to know and expect from noir films (the hard-boiled detective, the femme fatale, the intermingling of politics and passion, etc.), it simultaneously rejects many of the genre’s characteristics. Setting aside the obvious change to color photography, Chinatown is a bright and vibrant film. It rarely uses the harsh shadows and  strict lines of classic noirs and instead embraces the golden sunlight of Southern California. Chinatown also makes its hero Jake Gittes utterly reactionary. Of course he figures out the mystery, but much of what he learns is because he is told or is lucky. Sure he’s a bright, witty guy but he is not always in control of the situation. Also, he’s utterly broken by the end of the film, which is not exactly typical. There’s a lot more to discuss in terms of genre (I spent a few college classes on the subject) but those are the basics. Overall, Chinatown still stands out one of the great American films. It also has one of the most memorable closing lines in all movie history.  And it still remains my father’s favorite movie. 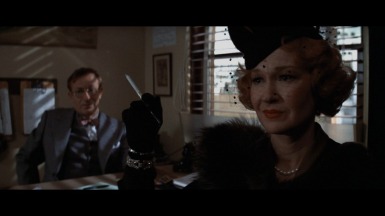 The most “noir” shot of the movie. And maybe the only one.

And for our LA movie, how about an SD beer? For this BAAM, I had Green Flash Brewing’s West Coast IPA. As to be expected, this IPA made generous use of the famed West Coast hops that define most American IPA’s. Pouring a cloudy copper color with a healthy two-finger head, the West Coast gave off a nice hoppy aroma. Not too powerful, but just enough to give you an idea of what was in store. When you take a sip, you’re pretty much in for a straight-up hoppy ride. It’s light, crisp and deeply flavored with pine and citrus. Probably grapefruit. While the beer is fairly bitter, it is definitely NOT one of the more bitter IPA’s out there, making it surprisingly easy to drink. Even with a 7.3% ABV, I was able to drink this beer pretty quickly. And I’m a notoriously slow drinker. Overall, this is a great, easy-drinking IPA that should satisfy both casual drinkers and hardcore hop-heads.

So there you have it, folks! A little trip down the West Coast from Los Angeles to San Diego. We paired a classic movie with broad appeal with an accessible IPA. Without a doubt, I would recommend either of these separately but when together, they make for a truly special evening. 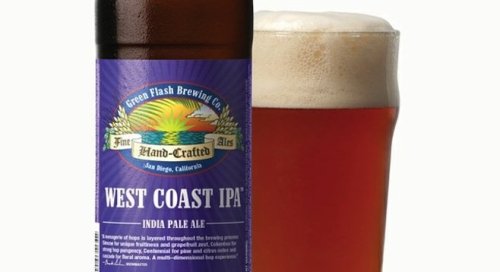