Valentine’s Day is over and my next major holiday is Passover (a decidedly unfriendly holiday to the beer-drinker), so we’re back to our regular scheduled (I schedule?) programming. Tonight we saddle up and head West with Blazing Saddles and Port Brewing’s Mongo IPA. So grab your spurs and candy grams and let’s ride out!

I think I first saw Mel Brooks’ 1974 Western parody film Blazing Saddles when I was probably ten. Maybe younger. I loved it then and I love it now but the first thing that comes to mind is “why the hell did my parents let me watch this as a child?!” Aside from much of the humor going WAY above my head (who’s Hedy Lamar? who’s Marlena Deitrich? what about all black men makes them…gifted?),  the references, innuendoes and jokes fly by at a mile a minute and it’s easy to miss many of them, even to the most knowledge of viewers let alone a 10 year-old kid. But that’s part of Mel Brooks’ genius. The comedy is never-ending and regardless of base or crude the joke may be, he commits to each one fully. Even when that joke is just men farting around a campfire for 10 seconds straight. I’m still surprised I was allowed to watch this movie though. Blazing Saddles filled with so much foul language and racial offense that it’s a marvel that this movie was made even in the 70’s! But it’s Mel Brooks and he can pretty much do whatever he wants since he pretty much makes fun of everyone. 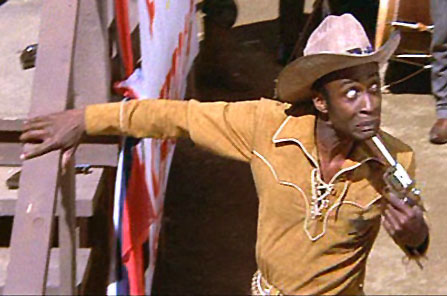 But aside from the brilliant dialogue and expertly-timed jokes, the real treasure of this film is in its performances. Every character so effortlessly plays off the other that you can almost sense how much fun they were all having on set. Even Gene Wilder, who is dramatically understated for most of the film, manages to bring a smile to you every time he speaks. And then there’s Madeline Kahn. She’s just amazing. Oscar-nominated amazing, in fact. Oh and one more quick thing: it should be pointed out that this movie truly is a fantastic parody of the Western genre. Nearly every theme, trope, cliche and character archetype is addressed and lambasted. Even the music is in on the game (also Oscar-nominated, along with film editing). For you cinephiles out there, this is a good crash-course in the American Western. But you know I hadn’t seen this movie in some time and it was good remembering why I love it so much. For a variety of reasons, for good and ill, they truly don’t make movies like this anymore.

It also has one of the most bizarre, meta conclusions you’ll ever find on the big screen. 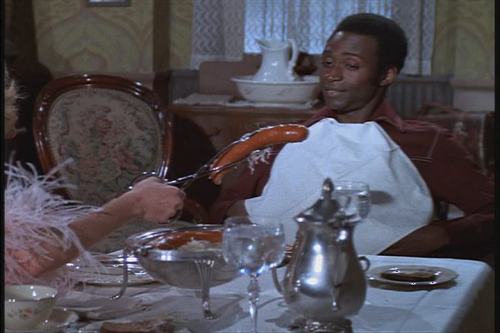 Can I offer you some more…comedy?

And was Port Brewing’s Mongo IPA “just a pawn in game of life”? To be truthful, I’m not quite certain how I feel about this IPA. The beer pours a nice, hazy orange and leaves behind some lovely lacing, making it a very pretty beer to look at it. But the aroma and primary taste I got from the beer was one of grain and citrus with only a hint of hoppy IPA bitterness. Maybe it was just the bottle I had but this felt much closer to a wheat than an IPA. For what it’s worth, this 8.5% ABV beer was quite light in body and easy to drink, so it might be a good alternative for those who are still on the fence about IPA’s. But for me, it just wasn’t big or bombastic enough  or for the movie I was watching. I do like many other of Port Brewing’s beers, so I’m not writing them off but I was a bit disappointed with my Mongo.

So there it is, Dwinkers! Another beer and a movie riding off into the sunset. Fantastic movie, meh beer but still a good evening. My abs definitely got a workout from the movie and I’m glad I got to try another new beer, even if it was a bit of a dud.

Thanks for reading and be sure to connect with BAAM on Twitter, Facebook or Untappd (for you mobile drinkers). 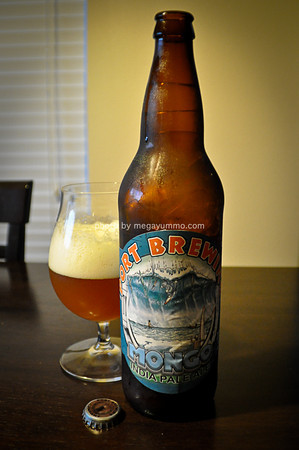