Are you ready to get a little crazy? Maybe do one to eight different drugs at once? Then you’re in the right place because today we’re watching Martin Scorsese’s drug-and-money-fueled film The Wolf of Wall Street while sipping on a particularly potent Wolf Among Weeds from local beer giant Golden Road Brewery. For the astute reader, you’ll know I reviewed this beer last November. But since tonight is all about self-indulgence, I’m re-reviewing it. So there! So grab your penny stocks and come join me for a wild ride. Let’s get started!

Martin Scorsese’s 2013 The Wolf of Wall Street is, for the uninitiated, the dramatic retelling of a real stock broker’s epic rise and fall through the corrupt avenues of Wall Street in the late 80’s and early 90’s. Our protagonist, Jordan Belfort, is played by a particularly committed Leonardo DiCaprio and is surrounded by a superb cast which includes, but is not limited to, Jonah Hill, Margot Robbie, Margot Robbie’s breasts, Rob Reiner (huh?) and Matthew McConaughey (for 5 minutes). From scrappy broker to young upstart to bacchanalian ‘Wolf,’ the film follows every stage of Belfort’s decline as he ascends the ladder of American wealth. As portrayed by DiCaprio, Belfort’s pathos is both disgusting and weirdly comprehensible as we see a man who truly believes that money can buy happiness. All the while we see him ruined by that same belief. More than anything, it’s a fabulous character study on the addiction of greed and a raucous expose on the nature of extreme wealth. And while the fantastic acting and absurd displays of wealth keep this movie engaging, the film ends up collapsing under its weight. 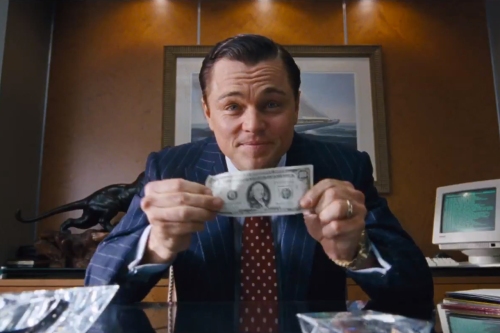 So I heard this movie addresses wealth & greed…

Simply put, the film is just too long. The Wolf of Wall Street runs for 2 hours and 59 minutes. For most people, that’s just an insane amount of time to watch one film. But the real tragedy is that the movie really only needs to be about 2 hours long. The film, its characters and its story are all frenetic, a reflection of the insane amounts of cocaine shown in the film. But what Scorsese repeatedly does throughout the film is let captivating character moments extend well beyond what they need to be as actors superbly improv long scenes. The result is simple conversations which in turn long back and forths about nothing. And depictions of epic party insanity last way too long without informing new characters or advancing the plot. The true big narrative turn of this film clocks in just under the 2 hour mark. The net result is that as good as this movie is, you can’t help but feel like it’s unending. In every regard, this movie seems to take the adage ‘too much of a good thing…’ to heart. 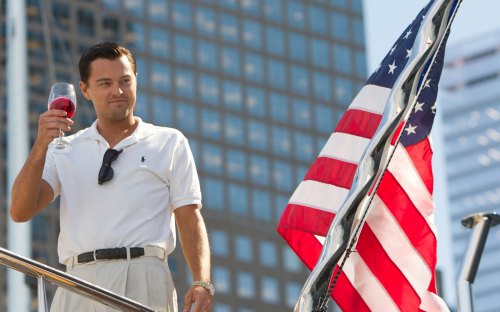 And in keeping with the spirit of selfishness, excess and indulgence, I’m re-reviewing one of my favorite local IPA’s: Golden Road Brewery’s Wolf Among Weeds.

So what about our Wolfy beer? Wolf Among Weeds is a powerful double IPA that is not for the feint of heart. Pouring a hazy golden amber with a modest, fluffy head, Wolf Among Weeds never tries to hide what it is. Off the nose you’ll get strong notes of pine, resin, hops and citrus. IPA through and through. And when you take your first sip, you’ll get all of those flavors mixed together just right. It’s bitter, piney and citrusy without much sweetness. And it’s a bit boozy too. You won’t feel it at first but about halfway through your pint, you’ll realize the Wolf packs an 8% ABV punch. While this DIPA may not be for everyone, it’s a fantastic brew for West Coast IPA true believers.

So there you have it, Drinkers. A wild movie that is simultaneously fantastic and disappointing with an unrelenting and unabashed brew. Thanks for reading and stay tuned over the next few days for another Holiday Slasher Special for Christmas! 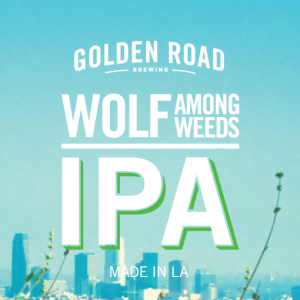 The Wolf of Wall Street:
-Stellar acting all around
-Fascinating and disgusting look at excess
-WAY too long. Unfortunately.